1. What is the combustible gas alarm ?

A combustible gas detector is used to measure the concentration of certain gases in a specified area through the use of infrared point, ultrasonic, electrochemical, or semiconductor sensors. A gas detector will measure a specified gas concentration and compare that to a reference point or scale. If a sensor’s response surpasses the pre-set level, an alarm, light, or combination of signals will warn the user.

2. What is the common type of combustible gas in home ?

Natural gas is the earth’s cleanest fossil fuel and is colorless and odorless in its natural state. It is composed of four hydrocarbon atoms and one carbon atom (CH4 or methane).Natural gas is the most common source of heat in the worldwide and is also used to power water heaters, clothes dryers and ovens. In the wild, natural gas is odorless, but the stuff that gets pumped into our homes has an odorant added to it, giving it its distinctive rotten egg smell.

Liquefied Petroleum Gas is typically referred to by its acronym – LPG. LPG is mixture of flammable hydrocarbon gases that include propane, butane, isobutane and mixtures of the three LPG gases. LPG is commonly used for home heating, cooking, hot water, and autogas – fuel for LPG cars and vehicles.

In different countries, the LPG heating fuel gases supplied can be propane(C3H8), butane(C4H10) or propane-butane blends.

Iike in Australia, LPG is just propane.  To explain LPG, Propane is LPG but not all LPG is propane.

3. What is the danger when there is gas leak at home?

Natural gas is toxic when inhaled.

In small amounts, exposure to natural gas can cause headaches or nausea. The symptoms become more severe with exposure to higher amounts of gas or long term exposure.

Natural gas is safe for use in your home. When everything is working right, it’s unlikely that you’ll experience any side effects.

But when natural gas doesn’t burn off properly, dangers arise. The gas begins to emit carbon monoxide, which can be very dangerous.

Exposure to carbon monoxide in low amounts, like natural gas, causes headaches, and nausea. It can also cause an upset stomach, blurry vision, exhaustion, and dizziness.

The symptoms are similar to the ones you get when you have the flu. But they will come on quickly, and everyone in the household will feel them. Leaving your home quickly should make the symptoms go away.

Prolonged exposure to carbon monoxide can be deadly. That’s why it’s so important to get out of your home right away if you suspect that there may be a leak.

How much of a threat there is to your home depends on how large the leak is.

Natural gas is highly combustible. If there’s a large leak in your home and any kind of spark occurs, it could cause a fire or explosion.

The spark can come from electrical devices. Hanging up a telephone, flipping a light switch, or even turning on the TV can cause enough of a spark.

Either can be devastating for your home, and cause injury or even death for anyone inside.

Small leaks are unlikely to spark a fire or explosion, but they can still cause other kinds of damage. One of the worst side effects of leaks are the ones that they can cause in people who get too close to them.

4. What is the gas shut off valve?

A shut down valve (also referred to as SDV or Emergency shutdown valve, ESV, ESD, or ESDV) is an actuated valve designed to stop the flow of a hazardous fluid or external hydrocarbons (gases) upon the detection of a dangerous event. This provides protection against possible harm to people, equipment or the environment.

Shutdown valves are primarily associated with the petroleum industry, although other industries may also require this type of protection system. ESD valves are required by law on any equipment placed on an offshore drilling rig to prevent catastrophic explosion. 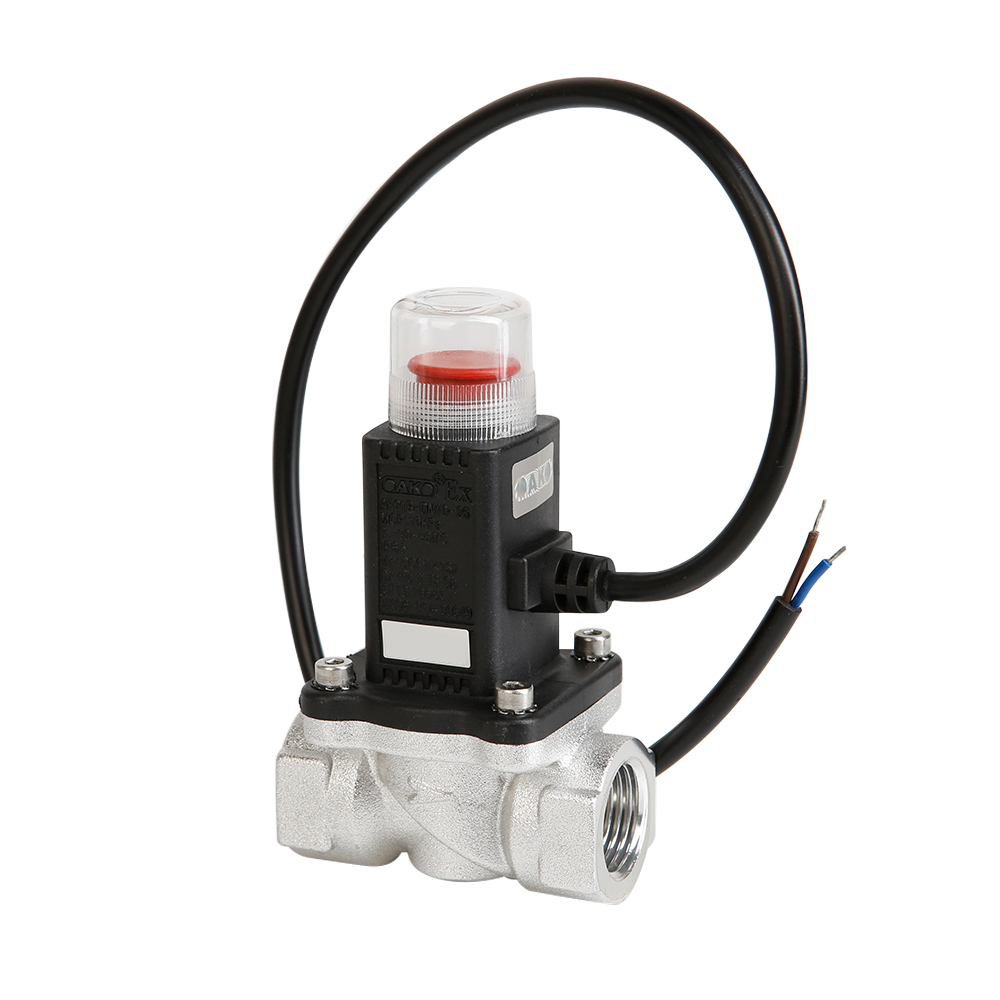 5. What is the gas manipulator?

For Alarm Shutoff Gas Water Pipeline. The dedicated pipe manipulator, also known as the electric valve controller, has a unique intelligent function. After the valve is in place, it can automatically shut off the power and prevent the valve from closing. 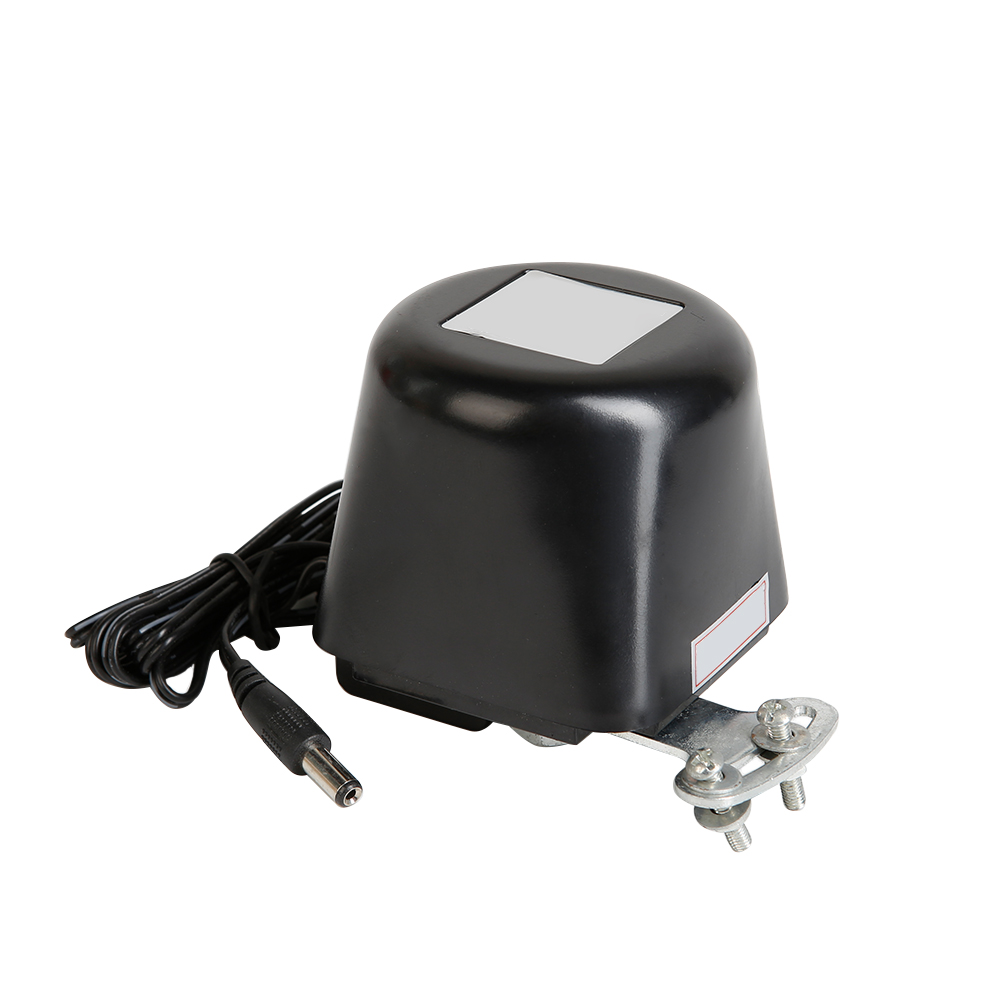 6. How does the gas alarm work?

Combustible gas detectors usually provide readouts in % of LEL (Lower Explosive Limit), in the 0 to 100% range. The lowest concentration, in air, of ignitable vapours corresponds to 100% of the LEL. Therefore, a combustible gas which has a LEL of 100% at 4% volume in air would produce a readout of 50% of the LEL if only 2% of the volume of air is that gas.

While the semiconductor sensor used for detecting gases and work via a gas sensitive film that is composed of tin or tungsten oxides. The sensitive film reacts with gases, triggering the device when toxic levels are present. Then an alarm, light, or combination of signals will warn the user.

Semiconductor sensors detect gases by a chemical reaction that takes place when the gas comes in direct contact with the sensor. Tin dioxide is the most common material used in semiconductor sensors, and the electrical resistance in the sensor is decreased when it comes in contact with the monitored gas. The resistance of the tin dioxide is typically around 50 kΩ in air but can drop to around 3.5 kΩ in the presence of 1% methane. This change in resistance is used to calculate the gas concentration.